Kieran Elliott’s life changed forever on a single day when a reckless mistake led to devastating consequences. The guilt that haunts him still resurfaces during a visit with his young family to the small coastal town he once called home.

Kieran’s parents are struggling in a community which is bound, for better or worse, to the sea that is both a lifeline and a threat. Between them all is his absent brother Finn.

When a body is discovered on the beach, long-held secrets threaten to emerge in the murder investigation that follows. A sunken wreck, a missing girl, and questions that have never washed away.

Places like this, they need to be tight-knit to work. Once the trust is broken, they’re stuffed.

There’s something about small town mysteries that gets my pulse racing just that little bit faster and past experience has taught me that Jane Harper is one of those authors who nails this particular setting seemingly without even trying.

In The Survivors, we find ourselves in Evelyn Bay, a small beachside community in Tasmania. Despite Evelyn Bay being near the ocean, with vast unimpeded views toward the horizon, it feels extremely claustrophobic. It’s a place I personally would want to escape from as quickly as possible and never return to. The kind of place where everyone knows what you’ve had for breakfast before you’ve even ordered it. The kind of place where everyone and their dog knows your business. So how is it that in a town where everyone knows everyone else, where everyone apparently knows everything, decade old questions remain unanswered?

These questions are centred around a day that ended with a sunken wreck and a missing girl. Events that have haunted Kieran since the day they happened. It is the reason why he doesn’t like returning to this community, even though his parents and friends are still here. Until now. His timing couldn’t have even worse. Everything starts with the discovery of a body on the beach. This suspicious death may just cause all those long-held secrets to rise to the surface.

The Survivors is very much an atmospheric character-driven slow-burner and Jane Harper does indeed once again bring this unhurried small town community to life as brilliantly as she always does. Yet, I’m struggling with this review because at times I also struggled with the book and I can’t quite explain why. I enjoyed it for the most part, but I also often felt the pace seemed to lag and I needed it to pick up. This was especially the case in the first half, even if that was necessary to introduce the characters to the reader. I was put off by the sheer miserableness of the Evelyn Bay residents, even though I kind of understood where they were coming from. A lot of the conversations felt somewhat clunky and unconvincing.

Now of course, all of that could obviously just be me and this horrible reading mood I’ve been in for the last few months and I’m just incredibly hard to please these days. But all in all, The Survivors didn’t quite grab me as much as Jane Harper’s previous novels have done. The writing is brilliant as always, the setting pulled me in effortlessly and the mystery of both events affecting Evelyn Bay had me guessing until the very end. But something was lacking for me this time around and I didn’t feel The Survivors was up to par with Jane Harper’s previous novels. This in no way puts me off reading her next novel when it publishes though. Overall then, slightly disappointed, I suppose. But also more than willing to put the blame with me and my fickle mood and not the author. 😂

13 comments for “‘The Survivors’ by Jane Harper” 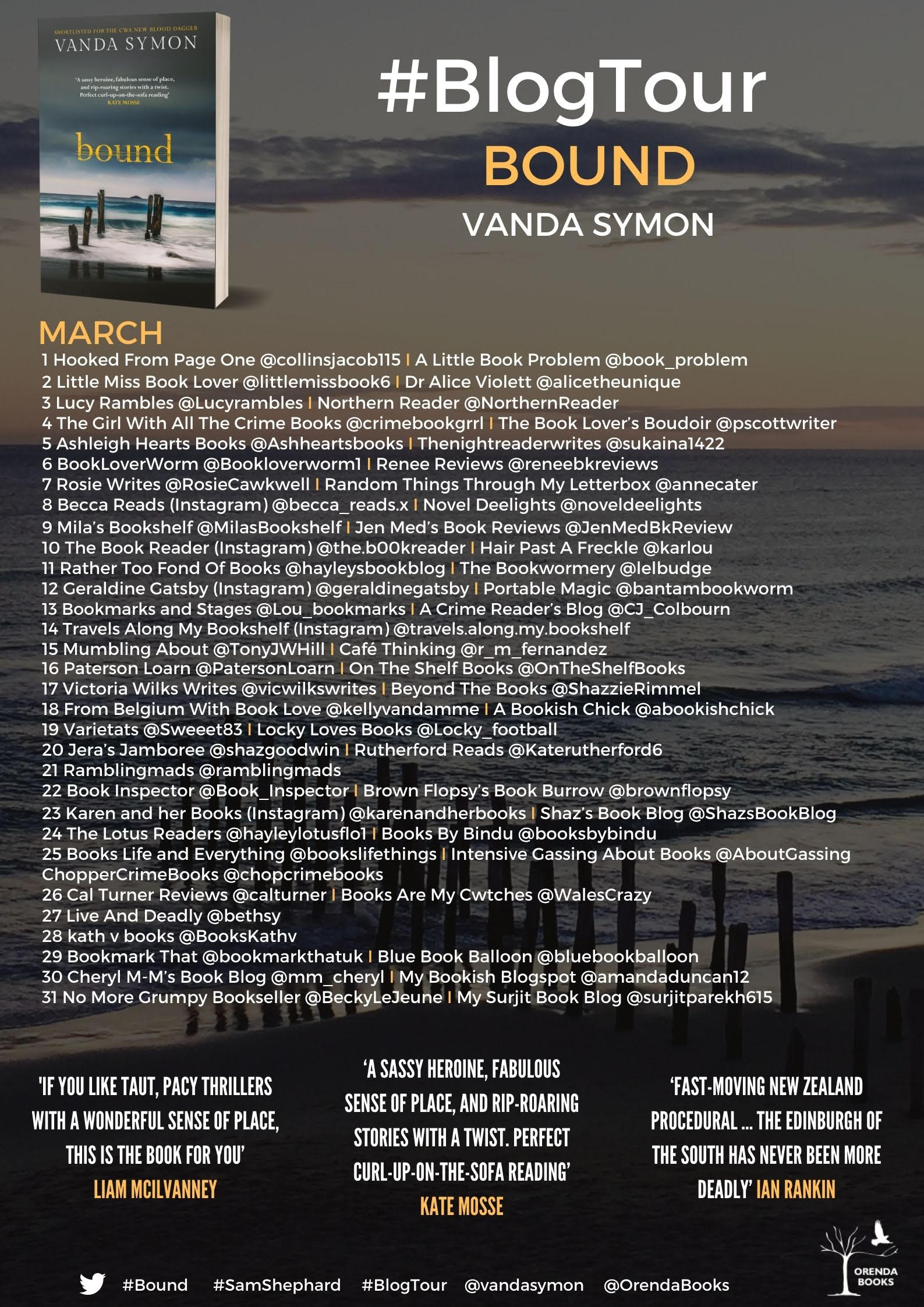 Tagged by @lovedreadingthis to post a stack of white books and wow, that was a bit of a challenge. I didn’t realise I had so few of them.
Then - Now - Next
Thank you @orendabooks for these goodies! ❤️
Thank you @michaeljbooks for The Girl Who Died by @ragnarjo. Very much looking forward to reading this! Coming April 2021 and available for preorder!
On my blog today (link in bio) I’m sharing an extract from Smoke Screen, the second instalment in the Blix & Ramm series by Thomas Enger and Jórn Lier Horst. @orendabooks
Joe Goldberg is back. And he’s going to start a family - even if it kills him ...