It’s a real pleasure to join the blog blitz for Tell Nobody by Patricia Gibney today! My thanks to Kim Nash for the invitation to join and my review copy! 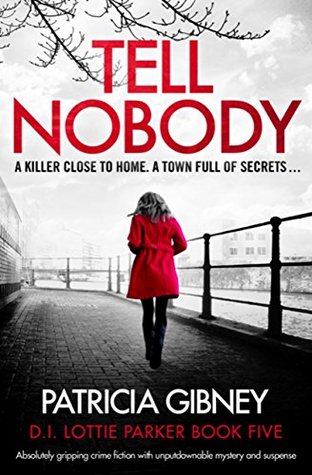 One hot summer evening, eleven-year-old Mikey Driscoll is on the way home from playing with friends. Two days later, his broken body is discovered on a bed of wild flowers by some local teenagers.

The case is assigned to Detective Lottie Parker and this time it’s personal. A close friend of her son Sean, Mikey was from the run-down Munbally estate on the other side of town. Sean tells his mother that Mikey was behaving normally before he died but Lottie can’t help but feel that her son is keeping something from her …

Then days later, another boy is found dead, surrounded by wild flowers next to a beautiful lake.

On the hunt for a twisted individual with a terrifying calling card, Lottie must uncover the web of secrets within Mikey’s circle of friends. Someone is keeping secrets but who are they protecting and can Lottie find out before it’s too late? Lottie is desperate to catch the killer before he strikes again because this time her own child could be in terrible danger…

Ragmullin once again faces the threat of a serial killer when a young boy is found murdered. Since the victim was a friend of Lottie’s son, Sean, this case is hitting a little close to home. Things take a turn for the worse when another young boy is found dead a few days later. It’s obvious this killer isn’t finished yet but could Sean be in danger as well?

Meanwhile, a young girl enters the police station covered in blood, uttering the chilling words “I think I killed him”. But before Lottie has a chance to talk to her, the girl mysteriously disappears. Did she really kill someone? If so, who? And why did she run?

There’s always something especially harrowing about a crime story involving children and this one is no different. It makes for some uncomfortable reading at times and the disturbing events nearly broke my heart into tiny pieces. I couldn’t at all figure out who the killer was or what their motivation was all about. The ultimate reveal left me reeling and quite sad.

Of course there are a few twists and turns, a few dead ends and characters acting so suspiciously you can’t do anything else but eye them warily. We’re also faced with the hardships of living on an estate and the desperate attempts someone will make to get away and find a better life.

It’s really hard to believe that Tell Nobody is already the fifth instalment in the DI Lottie Parker series. By now, Lottie and her team feel like family and just like some family members do, these characters also often get on my nerves. Not just Lottie, but Boyd and Lynch as well this time around. I was all set to offer them all chill pills. Well, maybe not Lottie though 😉.

She is still a bit of a mess, still failing at the patience skill (I can totally relate!), still doesn’t quite have motherhood down to a fine art. But she’s also still fiercely determined and even though I sometimes feel like grabbing her by the collar and shaking her about a bit, I can’t stop but liking her immensely.

As its predecessors, Tell Nobody makes for one gripping and disturbing read. Always compelling, always engrossing and always addictive, this is a series you should definitely keep an eye on. I can’t wait for more from Lottie and her team!

Tell Nobody is available to buy!

Patricia lives in the midlands of Ireland. She is an avid crime reader so naturally she found herself writing in the crime genre. To date, (July 2018) Patricia has sold over ONE MILLION COPIES in the LOTTIE PARKER series.

A life changing experience in 2009, with the death of her 49 year old husband, meant she had to give up her career, and over the following few years, she rekindled her love of art and writing.

Initially Patricia wrote and illustrated a children’s book, but her real ambition was to write a novel. And she did!

In January 2016, she joined with Ger Nichol of The Book Bureau Literary Agency. In July 2016, Patricia signed with Bookouture for four DI Lottie Parker crime novels. 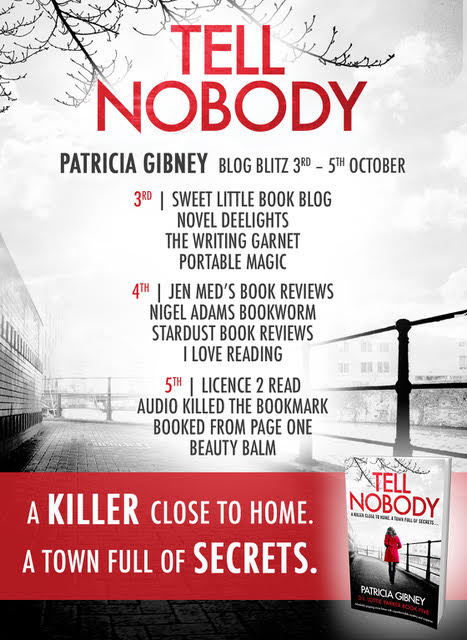