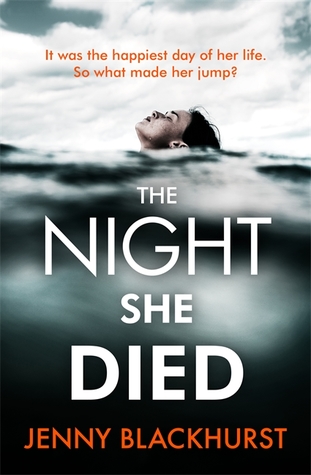 On her own wedding night, beautiful and complicated Evie White leaps off a cliff to her death.

What drove her to commit this terrible act? It’s left to her best friend and her husband to unravel the sinister mystery.

Following a twisted trail of clues leading to Evie’s darkest secrets, they begin to realize they never knew the real Evie at all…

LONDON, 1590. Queen Elizabeth I’s control over her kingdom is wavering. Amidst a tumultuous backdrop of Spanish plotters, Catholic heretics and foreign wars threatening the country’s fragile stability, the body of a small boy is found in the City of London, with strange marks that no one can explain.

When idealistic physician Nicholas Shelby finds another body displaying the same marks only days later, he becomes convinced that a killer is at work, preying on the weak and destitute of London.

Determined to find out who is behind these terrible murders, Nicholas is joined in his investigations by Bianca, a mysterious tavern keeper. As more bodies are discovered, the pair find themselves caught in the middle of a sinister plot. With the killer still at large, and Bianca in terrible danger, Nicholas’s choice seems impossible – to save Bianca, or save himself…

What I’m (most definitely) reading next

There is a place in Minnesota with hundreds of miles of glacial lakes and untouched forests called the Boundary Waters. Ten years ago a man and his son trekked into this wilderness and never returned.

Search teams found their campsite ravaged by what looked like a bear. They were presumed dead until a decade later…the son appeared. Discovered while ransacking an outfitter store, he was violent and uncommunicative and sent to a psychiatric facility. Maya Stark, the assistant language therapist, is charged with making a connection with their high-profile patient. No matter how she tries, however, he refuses to answer questions about his father or the last ten years of his life

But Maya, who was abandoned by her own mother, has secrets, too. And as she’s drawn closer to this enigmatic boy who is no longer a boy, she’ll risk everything to reunite him with his father who has disappeared from the known world.