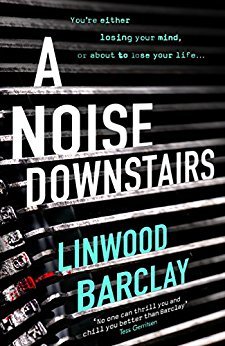 EVERY STEP…
Paul Davis forgets things – he gets confused, he has sudden panic attacks. But he wasn’t always like this.

TAKES YOU CLOSER…
Eight months ago, Paul found two dead bodies in the back of a co-worker’s car. He was attacked, left for dead, and has been slowly recovering ever since. His wife tries her best but fears the worst…

TO THE TRUTH…
Therapy helps during the days, but at night he hears things – impossible things – that no one else can. That nobody else believes. Either he’s losing his mind – or someone wants him to think he is.

Oh, what a delightfully devilish tale this is!

I lost track of Linwood Barclay there for a while but I will not be making that mistake again because A Noise Downstairs is an absolutely fantastic stand-alone thriller that will make you paranoid and eye your inanimate objects suspiciously for weeks to come.

Eight months ago, Paul Davis was hit over the head with a shovel when he stumbled upon a co-worker with two dead bodies in his car. Paul’s recovery has been immensely slow. He has panic attacks, gets confused and forgets things. Therapy helps, as does his wife. But when Paul starts hearing a noise downstairs in the middle of the night, nobody believes him. Is he paranoid? Finally losing his mind? Or is something else going on?

Even though I thought I’d figured a wee something out, most likely because I’m immensely suspicious by nature and maybe read too much, when the pieces of the puzzle finally came together, I was completely thrown for a loop.  For once, there actually was a twist I didn’t see coming and the sheer unexpectedness filled me with glee and at the same time left me gobsmacked! It completely changed the storyline from something that could have been predictable to something that blew my little pea-sized brain to bits and turned the whole story upside down.

A Noise Downstairs is one of those books where I kept telling Myself “I’ll just read one more chapter”, which resulted in staying up way too late just so I could finish the novel in one go. The fast-paced and massively clever plot just lends itself to it and it’s impossible to put down!  So intelligently crafted and so brilliantly written. Compelling? Check! Engrossing? Check! Addictive page-turner? Absolutely check!

I’ve read quite a few books by Linwood Barclay over the years but this one is most definitely his best one yet. In stepping away from what he’s done before, A Noise Downstairs feels incredibly refreshing and I can’t wait to see what’s next! Go grab yourself a copy, devour it and enjoy it. You can thank me later. 😉

My thanks to Rebecca Gray at Orion for my review copy!

A Noise Downstairs is available to buy! 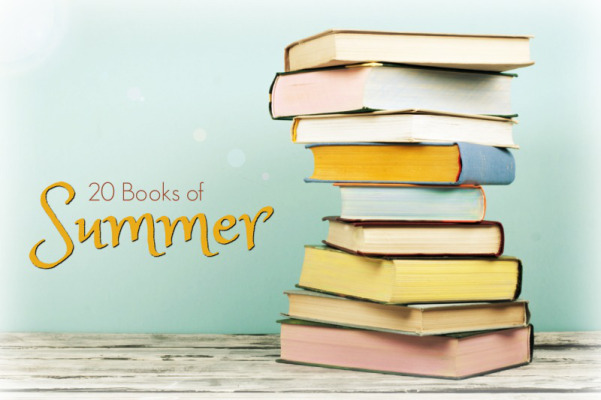