It is a real pleasure to be joining the blog tour celebrating the release of the third book, No Turning Back, in the Cathy Connolly Trilogy by Sam Blake today! My thanks to Imogen Sebba at Bonnier Zaffre for the invitation to join the tour!

I’ve read all three of these books and today, I’ll be sharing my thoughts on the newest release, No Turning Back. Here is what the book is all about. 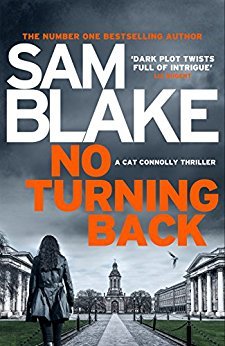 Orla and Conor Quinn are the perfect power couple: smart, successful and beautiful, they have an enviable relationship and an idyllic family life. But then the unthinkable happens. Their oldest son, Tom, is the victim of a hit-and-run. What was Tom doing out walking so late at night? Did he really have problems sleeping, or was he secretly meeting someone? Is it a coincidence that his friend, Lauren, committed suicide nearby – or is there something more sinister going on?

Detective Garda Cathy Connolly is part of the team investigating both incidents. As she delves deeper, she realises that all is not what it seems in the Quinn household and that everyone connected to both cases have their own reasons for hiding things from the police.

With her boss and mentor, Dawson O’Rourke, in line for a promotion on the other side of the country, it’s time for Cat to consider not only what she wants from her career, but also where their relationship is going. However, when a terrorist threat is unveiled close to home, will Cat be able to put the pieces together in time to save the day? Whatever happens though, there is no turning back …

No Turning Back is the third book in the Cathy Connolly series. I think you might possibly get away with reading this as a stand-alone but why would you want to? Read all three, as I have done and I’m sure you’ll agree with me that this latest one is the best one yet.

Young Tom Quinn is found dead in the road from what looks to be a hit-and-run. His parents are obviously devastated but something isn’t quite right in the Quinn household. Then Tom’s classmate, Lauren, is also found dead at the bottom of a cliff from an apparent suicide. Are these two events connected somehow? O’Rourke, Cathy and the rest of the team have their work cut out for them because these two families may look like they have it all but they’re all hiding secrets they desperately don’t want to reveal.

There are multiple exciting layers running throughout this story. Not only are there the investigations into the deaths of Tom and Lauren, we also get teasing glimpses of an unknown character seemingly plotting terrorist attacks. Meanwhile, Cathy is also getting increasingly confused about her relationship with O’Rourke while also wondering about her future and where the next step in her career might be. Things are definitely changing.

This is a well-plotted, compelling and tense addition to the series with an explosive and action-packed conclusion. The investigation spreads far and wide and held my attention from start to finish. However that was mostly due to a professor with an intriguing background and connections in the CIA. With many twists along the way, it is a suspenseful book that will keep you hooked and will make you think twice about modern technology. Although I must admit that some of that technical stuff went right over my head, I will definitely not forget to cover up the cameras on all my devices. Just in case.

No Turning Back wraps up this trilogy nicely and I thoroughly enjoyed it. It’s in no way an ending, but it does promise a new and exciting change for Cathy Connolly and it will be interesting to see where Sam Blake takes Cathy and this series next.

No Turning Back is available to buy! 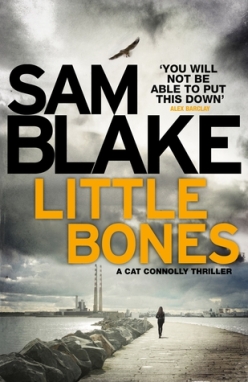 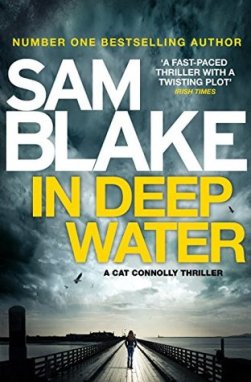 Sam Blake is a pseudonym for Vanessa Fox O’Loughlin, who is originally from St. Albans in Hertfordshire but has lived at the foot of the Wicklow Mountains in Ireland for (almost) more years than she lived in the UK. She has been writing fiction since 1999 when her husband went sailing across the Atlantic for 8 weeks and she had an idea for a book.

Vanessa is also the founder of The Inkwell Group publishing consultancy and the Irish national writing resources website Writing.ie. She is Ireland’s leading literary scout who has assisted many award winning and bestselling authors to publication.