I’m delighted to welcome you all to my stop on the blog tour for Fault Lines by Doug Johnstone today! My thanks to Karen Sullivan and Anne Cater for the invitation and my fabulous review copy! 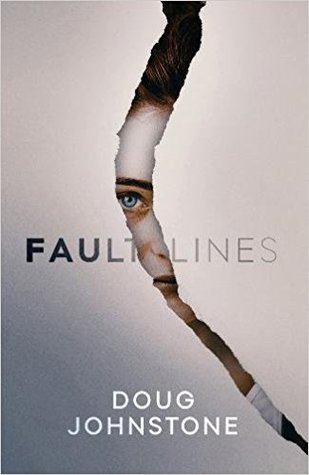 In a reimagined contemporary Edinburgh, in which a tectonic fault has opened up to produce a new volcano in the Firth of Forth, and where tremors are an everyday occurrence, volcanologist Surtsey makes a shocking discovery. On a clandestine trip to The Inch – the new volcanic island – to meet Tom, her lover and her boss, she finds his lifeless body. Surtsey’s life quickly spirals into a nightmare when someone makes contact – someone who claims to know what she’s done.

How cool is that cover?! I’ve been drooling over it since I first spotted it on Twitter and after reading the book, I can tell you it fits the story perfectly as cracks start to appear everywhere!

Fault Lines is set in a very different Edinburgh than we are used to. Due to a tectonic fault, a new volcanic island appeared twenty-five years ago. Tremors happen every day and The Inch, as it’s called, is a fascinating research project for scientists and volcanologists. One of those volcanologists is Surtsey, named after an Icelandic volcano, but The Inch also means something different to her. It’s where she meets up with her lover, Tom, who’s also her boss and very married.

On one such illicit rendez-vous, Surtsey discovers Tom’s dead body. Wanting to protect Tom’s family and their reputations, Surtsey doesn’t mention this to anyone. But someone seems to know what has happened and things quickly spiral completely out of Surtsey’s control. Who is taunting her and what do they want?

As “luck” (slightly odd choice of words) would have it, I was reading this when the volcano erupted on Hawaii. This meant I had no problems whatsoever imagining the tremors, fissures and vents that seem to come straight from some blockbuster catastrophe movie. The storyline itself took me a little longer to get into. I didn’t particularly like Surtsey or any of the other characters, to be honest. They all seemed rather miserable, although in Surtsey’s case that is understandable since she has quite a few things going on. And maybe I’d be miserable too if I had to deal with tremors on a daily basis. However, the underlying tension, from both the tremors and the person taunting Surtsey, was intensely gripping and once the story really got going, I was absolutely hooked.

At just 215 pages, this is quite a short book and a bit of a slow-burner. However, it has a brilliantly crafted, dark plot that stands out from the crowd due to its uniqueness and originality. I must admit some of the science-y “it’s just rocks” stuff went completely over my head but that didn’t ruin my enjoyment of the story at all and there were plenty of other things to sink my teeth into. I had one of those “eureka” moments where I figured out the who, but not the why. From then on, the tension slowly but surely built up and led to an incredibly explosive and satisfying ending that I was really not prepared for.

This is a psychological thriller with a difference that will have you glued to the pages and for me, it was a satisfying first introduction to author Doug Johnstone.

Fault Lines is now available in ebook format. The UK paperback is out on May 22nd!

Doug Johnstone is an author, journalist and musician based in Edinburgh. He’s had eight novels published, most recently Crash Land. His previous novel, The Jump, was a finalist for the McIlvanney Prize for Scottish Crime Novel of the Year.

Doug has released seven albums in various bands, reviews books for the Big Issue, is player-manager for Scotland Writers Football Club and has a PhD in nuclear physics. 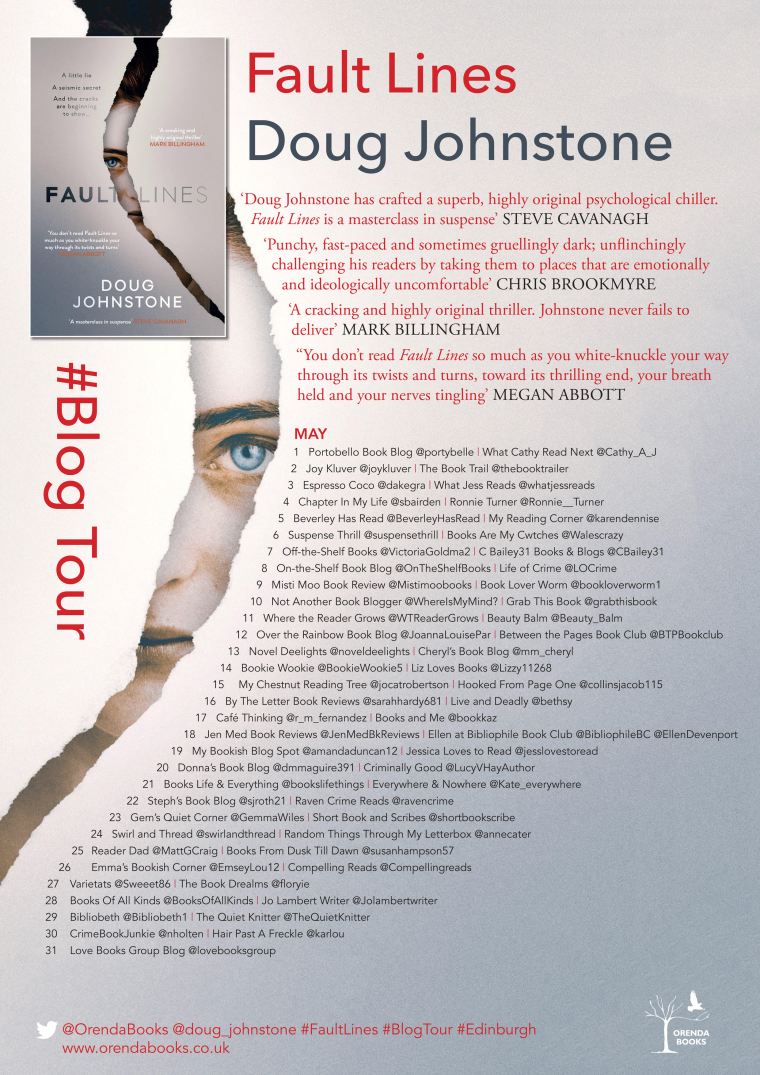