Today, it is my pleasure to welcome you to the final stop of the blog tour for Body & Soul by John Harvey! I have an extract to share with you from this final instalment in the Frank Elder series but first, here’s what this book is all about. My thanks to Anne Cater at Random Things Tours! 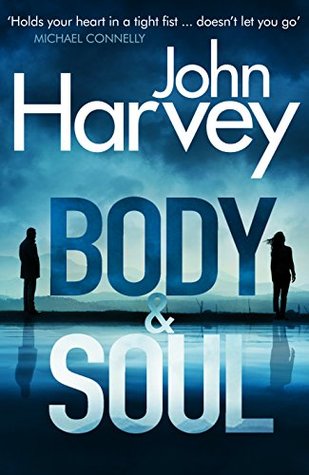 When his estranged daughter Katherine appears on his doorstep, ex-Detective Frank Elder knows that something is wrong.

Katherine has long been troubled, and Elder has always felt powerless to help her.

But now Katherine has begun to self-destruct.

The breakdown of her affair with a controversial artist has sent her into a tailspin which culminates in murder.

And as Elder struggles to protect his daughter and prove her innocence, the terrors of the past threaten them both once more.

The next day broke fair. When Elder got back from his morning run, Katherine was making coffee, readying toast.

‘How far d’you go?’ she asked. ‘Ten K, give or take.’
‘Every day?’
‘Bar Sundays.’
‘Day of rest.’
‘Something like that.’
‘Still, not bad considering.’
‘Considering my age, you mean.’
Katherine laughed. ‘Something like that.’
‘Maybe tomorrow you can come with me?’
‘Maybe.’
‘I thought later, if the weather holds, we might go for a walk.’
‘I’d like that.’
‘Okay. Just let me get a quick shower before you put on that toast.’

They drove out on the Morvah to Penzance road, parked, and made the slow, winding climb up past the Seven Maidens to the derelict engine house at the centre of the old Ding Dong mine. Down below, the distant curve of Mounts Bay stretched out towards Lizard Point; above them, a patchwork sky and a buzzard hovering on a current of air.

Elder took the thermos of coffee from his backpack and they sat on a remnant of stone wall, backs to the wind. When Katherine reached out to take the cup from his hand, the words were out of his mouth before he could swallow them back.

The same stubborn face he remembered from the playground when she was four or five and he’d say it was time to leave, time to put your things away, stop reading, stop writing, get ready for bed.
‘I don’t want to go to bed.’
‘Why not?’
‘Because I have dreams. Bad dreams.’

Worse now, he was sure. He went back and sat down and after a few minutes she came and sat beside him. Somewhere in the middle distance a tractor started up and came gradually into view, ploughing its way up and back along one of the fields north towards St Just, a small squall of gulls following in its wake.

Swivelling on her heels, she stomped off through the heather the way they’d come, and Elder slowly levered himself up and set out after her, careful to keep his distance.

That evening, peace restored, they went to the cinema, the Filmhouse in Newlyn, ate fish and chips leaning over the harbour wall. Katherine had changed the bandages on her arms, while the questions continued to reverberate, unabated, unasked. Accidental? Both arms? The result of self-harming or something more potentially serious, final? If she wants to tell me, Elder persuaded himself with difficulty, she will.

On the way back across the peninsula, relaxed, Katherine chatted about the movie they’d just seen; about friends, flatmates – Abike, who was a teaching assistant in a local primary school; Stelina, who worked as a ward clerk in Mile End Hospital and was studying for a degree part-time; Chrissy, who juggled working behind a bar with being an artists’ model. When Elder got out a bottle of Scotch back at the cottage, Katherine shook her head and made tea instead. It was quite late by the time tiredness took over and they were away to their beds.

Elder slept fitfully, riven by familiar dreams. A sherman’s makeshift hut fashioned from timber and tarpaulin and held together with nails and rope. The lapping of water. Seaweed. Ash. The remains of a fire further back along the beach. The carcass of a seabird plucked clean. When he pressed his weight against the door, the rotting wood gave way and he stumbled into darkness.

A scream shrilled through him and he was instantly awake. A scream from the next-door room. Katherine was sitting bolt upright in bed, eyes wide open, staring towards the open window, her body shaking. When he touched her gently, she whimpered and pulled her knees closer to her chest. Her eyes flickered, dilated, then closed.

Her dreams, his dreams: one of the things they shared.

When she was just sixteen Katherine had been kidnapped by a man named Adam Keach, forced into a van and driven to an isolated location on the North Yorks coast, a ramshackle hut where she had been held prisoner, tortured and raped. It had been Elder who had found her, naked, blood blisters on her arms and legs, bruises discolouring her shoulders and her back.

Stooping, he kissed her hair now, as he had then. Squeezed her hand and left her sleeping.

Next morning she was gone.

If this extract has you desperately wanting more, then you’re in luck as Body & Soul is available for purchase!

John Harvey was born in London, where he now lives, while considering Nottingham his spiritual home.

Initially a teacher of English & Drama, he has been a full-time writer for more than forty years. The first of his 12 volume Charlie Resnick series, Lonely Hearts was selected by The Times as one of the ‘100 Best Crime Novels of the Century’ and the first Frank Elder novel, Flesh and Blood, won the CWA Silver Dagger in 2004. He was awarded the CWA Cartier Diamond Dagger for sustained excellence in the crime genre in 2007, and his story, ‘Fedora’ won the CWA Short Story Dagger in 2014.

In addition to writing fiction, he has written and published poetry, running Slow Dancer Press for over twenty years; his Out of Silence: New & Selected Poems was published in 2014. He has adapted the work of Arnold Bennett, A. S. Byatt, Graham Greene and others for radio and television, and in 2017, his dramatisation of the final Resnick novel, Darkness, Darkness, was produced at Nottingham Playhouse.

He has been awarded honorary doctorates by the universities of Hertfordshire and Nottingham. 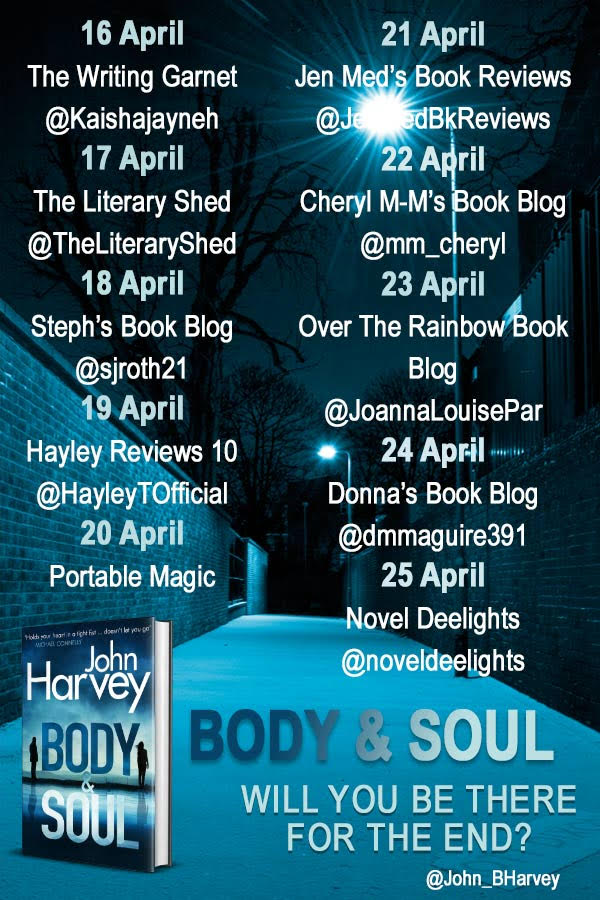