Delighted to welcome you all to my stop on the blog tour for The Fear by C.L. Taylor! I’ll be sharing my thoughts on this fabulous book right after I tell you what it’s all about.

My thanks to Sabah at Avon UK for the opportunity and the gorgeous review copy! 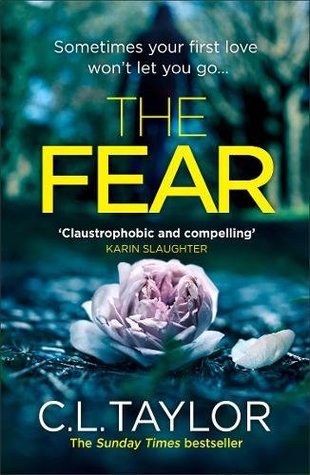 Lou Wandsworth is used to being headline news as, aged fourteen, she ran away with her 37-year-old teacher, Mike, during a short-lived affair.

Now 32, Lou’s life is in tatters – and she resolves to return home to confront Mike for the damage he has caused. But she soon finds that Mike is unchanged, and is now grooming a young 13-year-old girl called Chloe.

Determined to make sure that history doesn’t repeat itself, Lou decides to take matters into her own hands. But Mike is a predator of the worst kind, and as she tries to bring him to justice, it’s clear that Lou could once again become his prey.

Hoo boy! Is this a humdinger or what?!

When Lou Wandsworth was fourteen years old, she found herself involved with her much older karate teacher, Mike. On what was supposed to be a romantic trip to France, she is rescued and Mike is sent to prison. Lou and her mother left the village they lived in for London and never came back. But now Lou’s father has passed away and Lou needs to clear out his house so it can be sold. With her life in pieces, she decides maybe the time has come to confront Mike, whom she blames for all the disastrous relationships she’s had. But then she discovers, Mike hasn’t changed at all and firmly has his sights set on yet another young teenager, Chloe.

The story is told through the eyes of Chloe, the now thirty-two year old Lou and a woman called Wendy Harrison, whose part in the story isn’t immediately clear though, I felt, rather easy to guess at. The Fear is very much a character-driven psychological suspense story. These three characters are all incredibly flawed and damaged in their own way and while not necessary likeable, they do evoke a level of sympathy. While this may not be a fast-paced plot, I found watching the characters develop and change throughout the story extremely compelling and fascinating.

At almost 400 pages, this isn’t exactly a quickie read and yet I devoured it in one sitting, flipping the pages faster and faster as I got closer to the staggering conclusion. There’s a constant threatening vibe and some parts make for some incredibly uncomfortable reading, especially where Lou’s past is concerned. But wow, could it possibly have been any more riveting?! I think not. The Fear held my attention throughout, had me completely captivated and I just couldn’t put it down.

I’ve arrived rather late, though still fashionably I’m sure, to the C.L. Taylor party and this is only the third book I’ve read by her but it’s most definitely my favourite so far. Some day, I will hopefully have the time to catch up on her older work but for now, I will eagerly await her next offering while you and you and yes, you as well, grab yourself a copy of this one!

The Fear is available for purchase!

C.L. Taylor lives  in Bristol with her partner and young son. She is a three times Sunday Times bestseller and her books have hit the number one spots on Amazon, Kobo, iBooks and Google Play. Cally has a degree in Psychology, with particular interest in abnormal and criminal Psychology. She also loves knitting, Dr Who, Sherlock, Great British Bake Off and Margaret Atwood and blames Roald Dahl’s Tales of the Unexpected for her love of a dark tale.