Welcome to my stop on the blog tour for Code Runner and Binary Witness. These are the first two books in the Amy Lane Mysteries and author Rosie Claverton visits the blog to talk about how to make an old book new again. My thanks to Anne Cater at Random Things Tours for the opportunity. 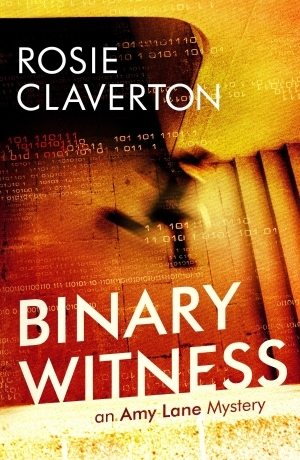 Binary Witness : A young woman trapped by her fear, a young man pursued by his past, a murderer hunting the Cardiff streets by night. Agoraphobic hacker Amy Lane employs ex-con Jason Carr as a cleaner. When the police `borrow’ Amy’s skills to help track down the killer, Amy and Jason become a crime-fighting team, Amy on her computer, Jason on the streets.

Code Runner : Agoraphobic grey-hat hacker Amy Lane and her sidekick ex-con Jason Carr make a formidable crime-fighting team, but when Jason investigates a body washed up on a beach, the duo find themselves in over their heads in a world of drug-smuggling, conspiracy and cyber crime. Can Amy rescue Jason? At what cost?

An old book made new again by Rosie Claverton

I’m in an unusual position with my crime series The Amy Lane Mysteries – I have the pleasure of launching the first two books twice!

I wrote Binary Witness during the National Novel Writing Month of 2011. After several rounds of revisions, I submitted to an ebook-only publisher and landed a two-book deal! Binary Witness set sail in May 2014, with Code Runner following in the September.

And I never read those books again.

Unfortunately, my publisher wasn’t interested in a third Amy Lane mystery, but Crime Scene Books were excited about continuing the series. I wrote the third novel Captcha Thief, which was published in 2016, and the fourth novel Terror 404 came out in 2017.

I worked on other projects. I grew and learned as a writer. I now know that I always struggle with the first third of the book, gather momentum around the midpoint, and then draw everything together for a heart-stopping finale. I am a much better novelist than I was in 2011.

That’s when my editor at Crime Scene Books told me that they had acquired the rights to Binary Witness and Code Runner. The two books would be relaunched as new editions in paperback, with a Binary Witness audiobook and a short story extra in Code Runner.

Which meant I was going back to revise my first published novels.

I was filled with dread at what I might find. I hadn’t picked either of them up for three years! What if they weren’t actually any good? What if I discovered the characters were completely different people? What if the material there couldn’t be salvaged? Would I need to hide away in shame at what I had first drafted before I was a wife, mother and psychiatrist, six long years in the past?

The first thing I did was correct the glaring error in the first chapter that I had inadvertently introduced during copy edits and which had haunted me since publication. That felt good. Then, I read on. It wasn’t bad! It was good, even. I fell in love with my characters again and I remembered how they were at the beginning of their stories, how they’ve changed and grown into how I’m writing them in the fifth novel of the series.

Would I write the same books now? Probably not. Yet the later books flow from the first ones, a river whose source must retain the same purity of water. I can respect the work of my past and, apart from shifting around a chapter or two and trimming a lot of adverbs, I didn’t radically change the books before sending them out into the world again.

Amy and Jason begin their story in largely the same way they did in 2014, and I hope to continue telling their stories for many years to come.

[Thanks so much for stopping by, Rosie! Wishing you the best of luck with the Amy Lane Mysteries!)

Rosie Claverton grew up in Devon, daughter to a Sri Lankan father and a Norfolk mother, surrounded by folk mythology and surly sheep. She moved to Cardiff to study Medicine and adopted Wales as her home.

Her Cardiff-based crime series The Amy Lane Mysteries debuted in 2014, with the latest novel Terror 404 released in June 2017.

Between writing and medicine, she blogs about psychiatry and psychology for writers in her Freudian Script series, advocating for accurate and sensitive portrayals of people with mental health problems in fiction.

Rosie lives with her journalist husband and her brand new daughter. 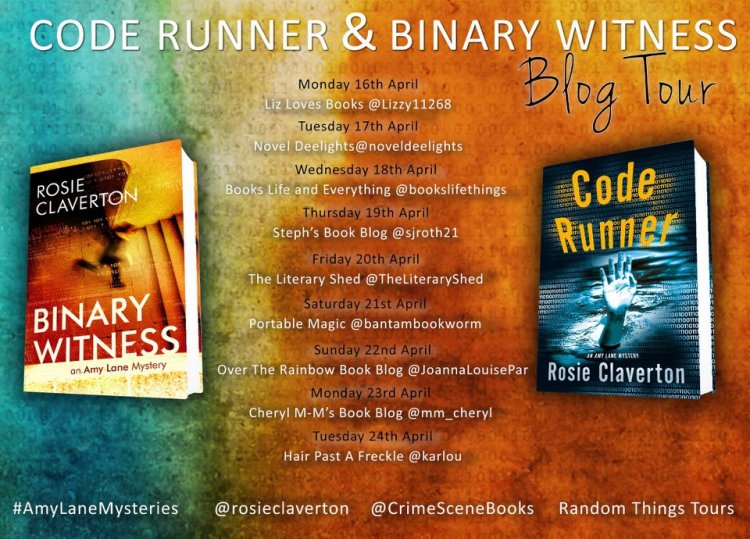