Such a pleasure to welcome you all to my stop on the blog tour for 88° North by J.F. Kirwan! My thanks to J.F. Kirwan, to Rachel at Rachel’s Random Resources for the opportunity and to the publisher for my review copy. 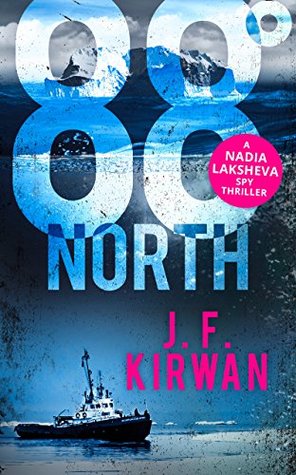 The deadliest kind of assassin is one who is already dying…

As the radiation poisoning that Nadia Laksheva was exposed to in Chernobyl takes hold of her body, she knows she has mere weeks to live. But Salamander, the terrorist who murdered her father and sister has a deadly new plan to ‘make the sky bleed’. Nadia is determined to stop him again, even if it is the last thing she ever does…

The only clue she has are the coordinates 88˚ North, a ridge in the Arctic right and one of the largest oil fields in the world, three thousand metres below the ice. If Salamander takes hold of the oil field, he could change the climate of the whole planet for generations to come.

But can Nadia stop him before her own time runs out?

88° North is the third and final instalment in the Nadia Laksheva spy series and what an amazing ride it’s been. This review may be a tad on the vague side as I desperately try to avoid spoiling anyone for events that happened in the previous books. Personally, I don’t feel you should treat this one as a stand-alone. While some things are explained and will give you a good feel of the background story, I think you should read the entire series to really understand where Nadia is coming from and why she’s so determined to stop Salamander. This isn’t just about making sure a terrorist doesn’t ruin the planet. It’s also personal.

Throughout the series, I sometimes found Nadia quite hard to warm to but I never ceased to admire her sheer determination in doing what was necessary. Even if it went against her own principles. In 88° North, she tries to restore a balance that was screwed up, to see the smaller picture instead of the bigger picture, to do a kind act and hope for some kind of ripple effect and just like that, I liked her that little bit more.

But the biggest threat is of course Salamander, who will stop at nothing and his next plan is to “make the sky bleed”. True to form, this spy thriller takes us to various exotic places around the world including Russia, Hong Kong and The Sudan. One word : camels! As the team is unwillingly split up in their pursuit of Salamander, they realise they are merely pawns in his game. Like a true chess master, Salamander is always several steps ahead and time is running out. Not only for the world, but for Nadia as well.

Full of tension, thrills and harrowing moments, 88° North is the perfect conclusion to this series. Some characters even managed to surprise me and the tense knife fights had me on the edge of my seat. What I truly liked is that you’re never really sure who will survive. The author has no qualms in killing off what could be important characters and I always like it when I’m left guessing as to who will make it out alive.

While it’s always sad to see a series come to an end, I feel J.F. Kirwan wrapped things up brilliantly. The exciting arc that runs throughout the three books had me hooked and if you like your well-paced and action-packed spy thrillers, I have no doubt you will thoroughly enjoy this series! I look forward to whatever J.F. Kirwan comes up with next!

88° North is available from the links below. While there, why not pick up the other two books as well. 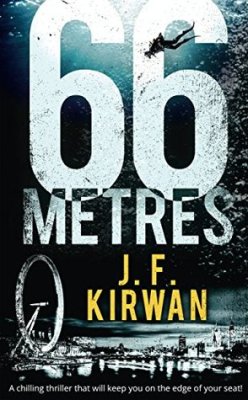 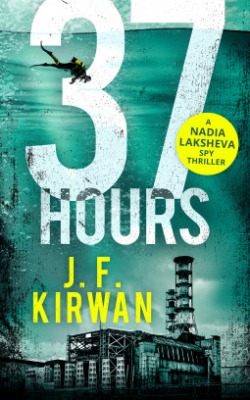 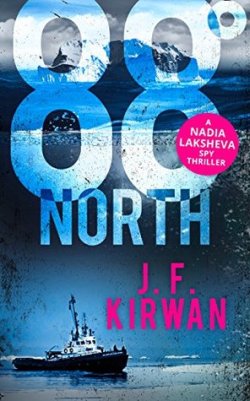 J. F. Kirwan is the author of the Nadia Laksheva thriller series for HarperCollins. Having worked in accident investigation and prevention in nuclear, offshore oil and gas and aviation sectors, he uses his experience of how accidents initially build slowly, then race towards a climax, to plot his novels. An instructor in both scuba diving and martial arts, he travels extensively all over the world, and loves to set his novels in exotic locations. He is also an insomniac who writes in the dead of night. His favourite authors include Lee Child, David Baldacci and Andy McNab.