Kirstie Rawlings is jolted awake by a child crying. Racing upstairs to check on her new-born, she is plunged into every parents’ worst nightmare. She hears an unknown voice in the baby monitor, saying: ‘Let’s take the child – and go.’

Is someone trying to steal her little girl?

In the bedroom, her daughter is safe asleep in her cot. Is the voice coming from a nearby house? But there aren’t any other babies living on her quiet country road…

The police don’t believe her. And neither does her husband.

Kirstie knows something isn’t right. She thought she could trust her neighbours, now she isn’t sure. As she unravels the secrets of the people living on her street, Kirstie’s perfect life begins to fall apart.

Because someone is hiding a terrible lie. And they will do anything to stop Kirstie uncovering the truth. But is the danger closer to home than she thinks? 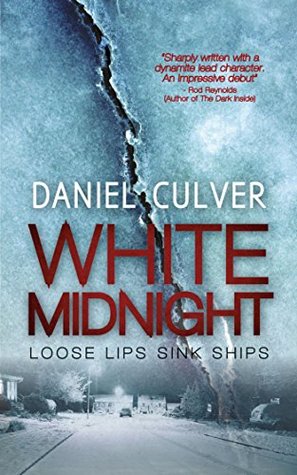 Elizabeth Nowicki, a British woman and self-confessed stoic, settles down in the seemingly idyllic American town of Midnight, with her new husband and his two children. Six months on, life as a step mom is harder than she thought, and the shine of the American Dream has already worn off.

Bored and lonely, Elizabeth is drawn into a nightmare when someone in a duck mask murders two local cops…and the investigation reaches her new neighbourhood. When this is followed by strange happenings across the street, leading to another death, Elizabeth starts to conduct her own investigation….but can she find the killer before the killer finds her?

In a quiet Dublin suburb, within her pristine home, Eleanor Costello is found hanging from a rope.

Detective Chief Superintendent Frankie Sheehan would be more than happy to declare it a suicide. Four months ago, Frankie’s pursuit of a killer almost ended her life and she isn’t keen on investigating another homicide. But the autopsy reveals poorly healed bones and old stab wounds, absent from medical records. A new cut is carefully, deliberately covered in paint. Eleanor’s husband, Peter, is unreachable, missing. A search of the couple’s home reveals only two signs of personality: a much-loved book on art and a laptop with access to the Dark Web.

With the suspect pool growing, the carefully crafted profile of the victim crumbling with each new lead, and mysterious calls to Frankie’s phone implying that the killer is closer than anyone would like, all Frankie knows is that Eleanor guarded her secrets as closely in life as she does in death.

As the investigation grows more challenging, Frankie can’t help but feel that something doesn’t fit. And when another woman is found murdered, the same paint on her corpse, Frankie knows that unraveling Eleanor’s life is the only way to find the murderer before he claims another victim . . . or finishes the fate Frankie only just managed to escape.

What do you think? Anything here taking your fancy? What are you reading this week? Let me know! Happy reading! xx