Delighted to host a stop on the blog tour for We Are The Salt Of The Sea by Roxanne Bouchard on the blog today. My thanks to Karen Sullivan and Anne Cater for the opportunity to join and my review copy! 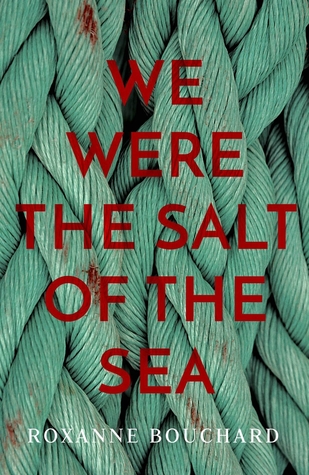 As Montrealer Catherine Day sets foot in a remote fishing village and starts asking around about her birth mother, the body of a woman dredges up in a fisherman’s nets. Not just any woman, though: Marie Garant, an elusive, nomadic sailor and unbridled beauty who once tied many a man’s heart in knots.

Detective Sergeant Joaquin Morales, newly drafted to the area from the suburbs of Montreal, barely has time to unpack his suitcase before he’s thrown into the deep end of the investigation. On Quebec’s outlying Gaspé Peninsula, the truth can be slippery, especially down on the fishermen’s wharves. Interviews drift into idle chit-chat, evidence floats off with the tide and the truth lingers in murky waters. It’s enough to make DS Morales reach straight for a large whisky.

Catherine Day arrives on the Gaspé Peninsula, looking for her birth mother. No sooner does she start asking questions or the body of a woman is found caught up in fishing nets. Not just any woman. Marie Garant, although nomadic, seemed to be quite an important part of the village. But, did anyone actually really know her?

Detective Sergeant Morales is also new to the area. He’s thrown into the investigation surrounding Marie Garant’s death but distractions concerning his private life and village residents being remarkably skilful in muddying the waters make him wonder why he’s moved to the peninsula at all.

Now, I’m not a fan of water. You’d never find me in it or on it. No sailing, swimming or fishing or whatever else you do in oceans for me, thank you very much. And yet, I soon found myself completely immersed in the lives of the various residents of this remote fishing village, swept away along the waves of exquisite descriptions that somehow turn this story into a mesmerising ode to the sea. I was enchanted to the point where I almost felt like dipping my big toe into the water.

I loved getting to know the various characters, some likeable, some not so much. Some are eccentric and quirky but  they all share a deep love for the sea and despite life not being easy and many longing for the old days in moments of nostalgia, none would ever leave their place near the ocean. It’s no surprise, I’m sure, that many of the villagers are holding on to secrets and I sometimes wondered if we were ever going to find any answers to the many questions that surround Marie Garant, her life and her death.

This is unlike any other crime fiction novel I’ve read before. Its beautiful writing and incredible atmosphere set it apart from the genre. While there is a crime to be solved, this isn’t gruesome or even action-packed. The pace is perfectly in sync with life in the sleepy village, allowing you to become utterly absorbed, soaking up every word like a sponge. What an absolute delight it’s been to have had the opportunity to read this highly original tale of love and loss.

We Were The Salt Of The Sea is available in ebook format. The UK paperback release is set for March 30th.

Ten years or so ago, Roxanne Bouchard decided it was time she found her sea legs. So she learned to sail, first on the St Lawrence River, before taking to the open waters off the Gaspe Peninsula. The local fishermen soon invited her aboard to reel in their lobster nets, and Roxanne saw for herself that the sunrise over Bonaventure never lies. We Were the Salt of the Sea is her fifth novel, and her first to be translated into English. She lives in Quebec.

About the translator : David Warriner translates from French and nurtures a healthy passion for Franco, Nordic and British crime fiction. Growing up in deepest Yorkshire, he developed incurable Francophilia at an early age. Emerging from Oxford with a modern languages degree, he narrowly escaped the graduate rat race by hopping on a plane to Canada – and never looked back. More than an decade into a high-powered commercial translation career, he listened to his heart and turned his hand again to the delicate art of literary translation. David has lived in France and Quebec, and now calls beautiful British Columbia home. 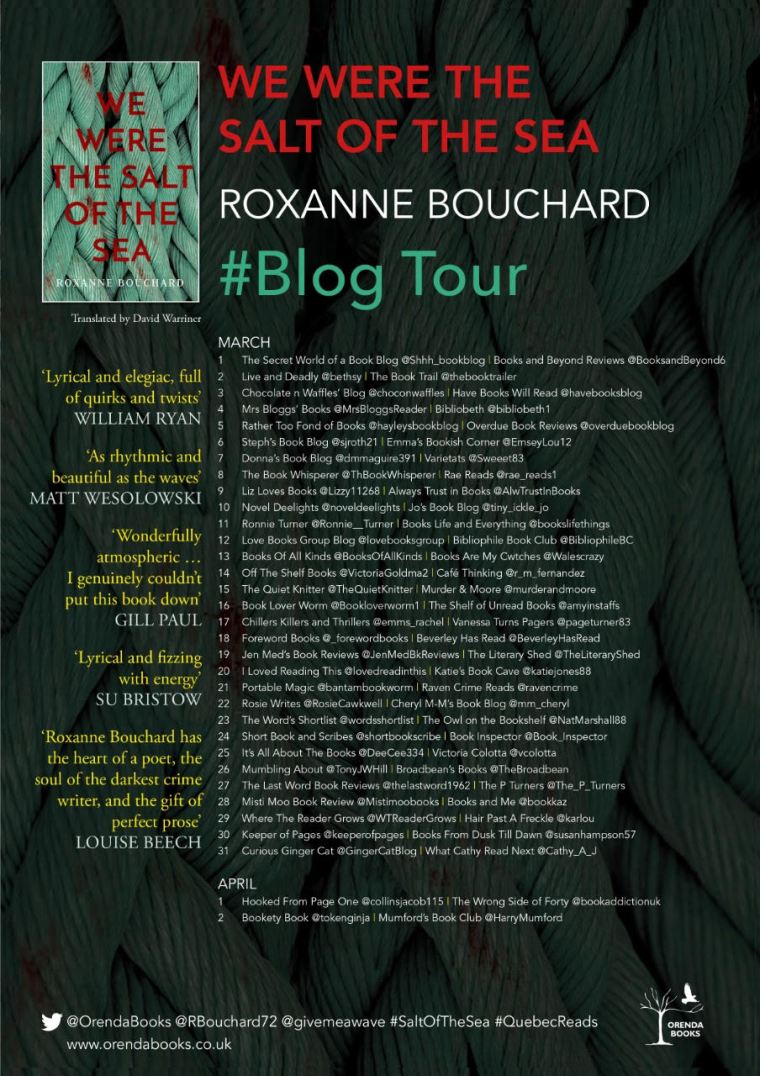