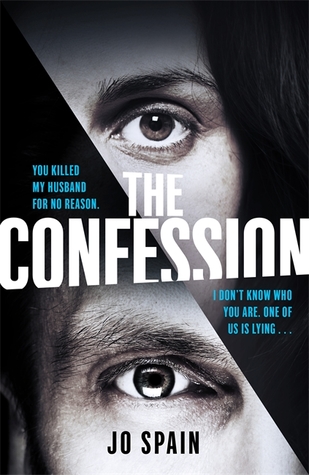 Late one night a man walks into the luxurious home of disgraced banker Harry McNamara and his wife Julie. The man launches an unspeakably brutal attack on Harry as a horror-struck Julie watches, frozen by fear.

Just an hour later the attacker, JP Carney, has handed himself in to the police. He confesses to beating Harry to death, but JP claims that the assault was not premeditated and that he didn’t know the identity of his victim. With a man as notorious as Harry McNamara, the detectives cannot help wondering, was this really a random act of violence or is it linked to one of Harry’s many sins: corruption, greed, betrayal?

This gripping psychological thriller will have you questioning, who – of Harry, Julie and JP – is really the guilty one? And is Carney’s surrender driven by a guilty conscience or is his confession a calculated move in a deadly game?

Here’s a refreshing way to tackle a psychological thriller! Never mind wracking your brain about the who, as that’s revealed from the start. It’s the why that will keep you utterly enthralled until the last page. And if you think that ruins half the suspense, you’d be awfully wrong.

Late one night, banker Harry McNamara is the victim of an incredibly brutal attack. Oddly enough, hours later, his attacker Joe simply walks into the police station and confesses although he claims not to know his victim and that the assault wasn’t premeditated. But surely there’s more to the story? Well, yes, of course there is or this would be one short book. But I’m not going to tell you anything about it.

Obviously I’m not in favour of violence but I must admit that I would quite happily have clobbered Harry to pulp myself. I found him to be highly unlikeable and I also had a hard time mustering up any kind of sympathy for his wife, Julie. We do get an incredible insight into a remarkably flawed marriage which I found every bit as compelling as the investigation into the actual attack.

The Confession has a brilliantly executed and well-paced plot. Full of intrigue, it had me absolutely gripped until the end, not having an inkling what the likely outcome would be. Numerous times I thought I had it all figured out when Jo Spain whacked me in the face with another curveball that left me spinning. This is a complex and thoroughly entertaining psychological thriller with a truly satisfying conclusion. I understand this is Jo Spain’s first foray into this genre and that sounds most promising for the future. I look forward to more!

The Confession is available for purchase now!