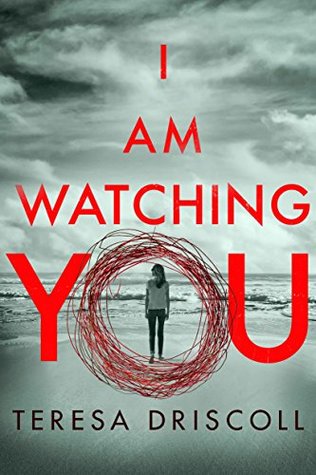 What would it take to make you intervene?

When Ella Longfield overhears two attractive young men flirting with teenage girls on a train, she thinks nothing of it—until she realises they are fresh out of prison and her maternal instinct is put on high alert. But just as she’s decided to call for help, something stops her. The next day, she wakes up to the news that one of the girls—beautiful, green-eyed Anna Ballard—has disappeared.

A year later, Anna is still missing. Ella is wracked with guilt over what she failed to do, and she’s not the only one who can’t forget. Someone is sending her threatening letters—letters that make her fear for her life.

Then an anniversary appeal reveals that Anna’s friends and family might have something to hide. Anna’s best friend, Sarah, hasn’t been telling the whole truth about what really happened that night—and her parents have been keeping secrets of their own.

Someone knows where Anna is—and they’re not telling. But they are watching Ella.

This is one of those stories that will hook you right from the beginning.

Ella is traveling on a train when two young girls are approached by two men. There’s some banter and flirting and Ella doesn’t really make anything of it until she realises the two men have just been released from prison. As a mother, she feels she should notify someone but this doesn’t happen. And when Ella wakes up the next morning, it transpires that one of the young girls, Anna, has gone missing.

The story then picks up again a year later. Anna is still missing but with an anniversary appeal around the corner, will the truth about what happened to her finally come to light? It seems quite a few people are hiding something and even Anna’s friend, Sarah, never quite told the full story. Some characters I could sympathise with, some maybe a little less so. The premise is highly realistic, believable and thought-provoking. What would you have done if you’d been Ella?

I really enjoyed the way this plot was constructed, with chapters switching back and forth between friend, father, witness and private investigator. All of these characters are affected by Anna’s disappearance and in the case of witness Ella especially, that was something I’d never really considered. In an odd sort of way, life goes on and yet it also remains in limbo for her as she’s constantly questioning her actions. Would things have turned out differently if she had spoken up sooner?

Someone out there knows the truth and is threatening Ella but with secrets and lies galore, I couldn’t figure it out at all. Throw in some twists and turns, a red herring or two and you have one outstanding and gripping psychological thriller.

This is my first introduction to author Teresa Driscoll, who has made quite a name for herself in women’s fiction. But this is her first step towards a more darker side and it promises quite a lot for the future. I look forward to what’s next!

20 comments for “I Am Watching You by Teresa Driscoll”