I’m absolutely delighted to join the blog tour for The Runaway Children by Sandy Taylor today! Many thanks to Kim Nash at Bookouture! 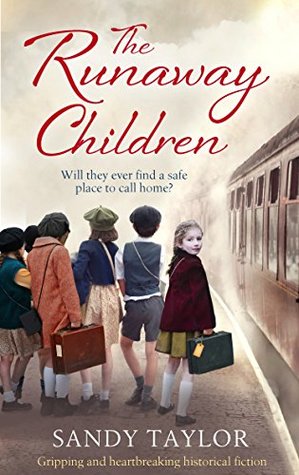 London, 1942: Thirteen-year-old Nell and five-year-old Olive are being sent away from the devastation of the East End. They are leaving the terror of the Blitz and nights spent shivering in air raid shelters behind them, but will the strangers they are billeted with be kind and loving, or are there different hardships ahead?

As the sisters struggle to adjust to life as evacuees, they soon discover that living in the countryside isn’t always idyllic. Nell misses her mother and brothers more than anything but she has to stay strong for Olive. Then, when little Olive’s safety is threatened by a boy on a farm, Nell has to make a decision that will change their lives forever…

They must run from danger and try to find their way home.

Together the two girls hold each other’s hands as they begin their perilous journey across bombed-out Britain. But when Nell falls ill, can she still protect her little sister from the war raging around them? And will they ever be reunited from the family they’ve been torn from?

For reasons I can’t explain, the World War II era always fascinates me so when this novel popped up on my radar, I couldn’t resist its lure. This story centres around children being evacuated during the war and I can’t even begin to imagine what that was like. Not for the parents who felt this was the only option to keep their children safe, nor for the children who were forced to leave everything and everyone they knew and loved behind to go off and live with strangers on the other side of the country.

Thirteen year old Nell and her five year old sister Olive live near the docks in the East End. It’s all they’ve ever known and while they’re poor, even during the war they’re trying to make the best of things. Then it is decided the sisters should be evacuated and they are sent away to Wales. But will they be safe there?

Prepare yourself for the characters of Nell and Olive to worm their way into your heart and stay there forever! They miss their families enormously but Nell stays strong for her sister and takes her responsibilities very seriously for a girl so young. Olive is an absolute treasure. An incredibly witty and brave child who made me chuckle more than once and gives her sister strength without even realising it.

As often happens in stories like these, it’s the community spirit that tends to get to me. Something that’s sorely lacking in this day and age. People who will stop everything at the drop of a hat to help someone out, even if their circumstances aren’t exactly perfect either. People who open their doors to strangers, who share their meagre rations, who look out for each other.

I absolutely adored The Runaway Children from the very first moment. It’s an incredibly heartwarming, though sometimes also sad, story about family, love, hope and survival. I loved every minute I got to spend with Nell and Olive and the various other characters they meet on their journey. It left me feeling all warm, fuzzy and hopeful. If you like beautifully written stories set in the WWII era, then you should definitely give this one a go!

The Runaway Children is available for purchase!

Sandy Taylor grew up on a council estate near Brighton. There were no books in the house, so Sandy’s love of the written word was nurtured in the little local library. Leaving school at fifteen, Sandy worked in a series of factories before landing a job at Butlins in Minehead. This career change led her to becoming a singer, a stand up comic and eventually a playwright and novelist. 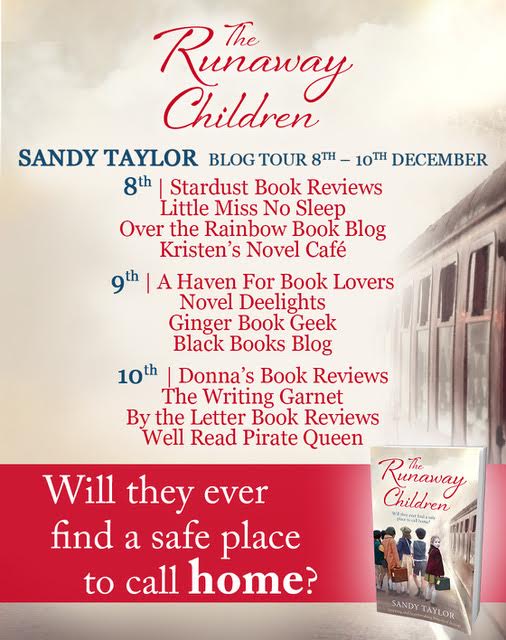