Welcome to my stop on the blog tour for The Last Post by BK Duncan! Many thanks to Sarah Hardy at Bloodhound Books. My review will follow the all-important bookish information. 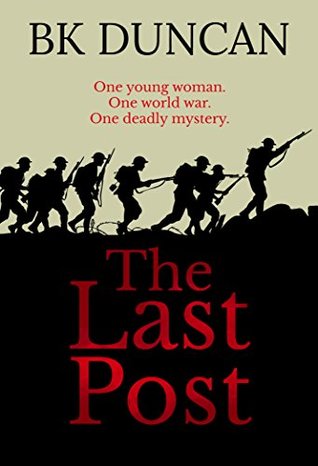 It is April 1918. May Keaps is a twenty-year-old ambulance driver stationed at The Front. As if transporting hideously wounded soldiers, sleep deprivation and constant shell bombardment weren’t enough, she becomes unwittingly entangled in the untimely death of a young captain, Tobias Fairfax.

Newly-arrived in Northern France he was found with a discharged pistol by his side; rumours on the battlefield were that it wasn’t an accident and he had taken the coward’s way out, committing suicide.

Whatever the explanation, Tobias left a dangerous legacy that puts May in the line of fire. But she is not the only one with a reason to want to uncover the truth. And in a world where life can be extinguished in the blink of an eye, May might regret her search for answers…

The Last Post is a short novella that introduces us to May Keaps. When we meet May, she’s driving an ambulance during World War I, right in the thick of things. This already tells us quite a bit about her. She’s able to stay calm under pressure and keep her composure in the most terrifying circumstances as she drives injured soldiers from the Front to the medic station while bombardments go on all around her.

When she needs to find shelter during a bombardment, she stumbles upon a young man who is clearly upset about something and maybe even dangerous. Will May be able to help him?

It’s really hard to write a review about a story this short without giving anything away but suffice to say this packs quite the punch and really sets the tone for what promises to be a rather exciting new series. How the author managed to fit so much realism and emotional heartache into a mere 25 pages is utterly beyond me. I very much look forward to reading the first full novel starring May in a few weeks time and getting to know this character better.

BK Duncan is the pen name Ruth Wade has adopted for the May Keaps series of historical crime novels.

Born on a steam railway and brought up on the South Coast of England, such beginnings were destined to leave BK Duncan with a love of vintage transport, crashing seas, and Art Deco architecture.

Following a career encompassing developmental learning and change-management consultancy she now combines producing her own work with lecturing part-time in creative writing in colleges and academies in Cambridge and Oxford. Her two great passions are longbow archery and the Argentine Tango. Sadly, she is not nearly as accomplished at either as she’d like. 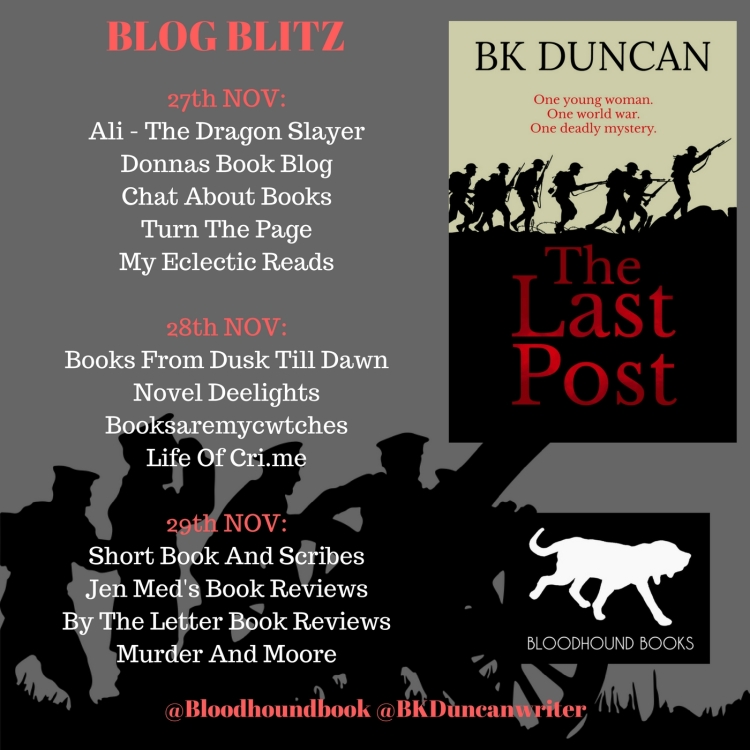