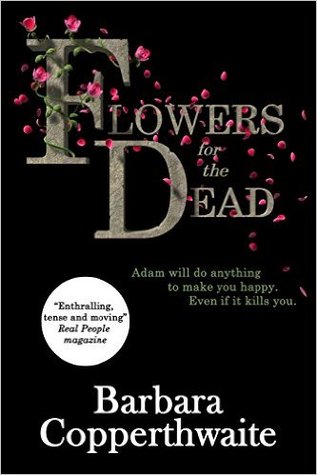 Adam Bourne is a serial killer who thinks he is a saviour. When he murders young women and cuts off their lips, he believes he has done it to make them happy.

How did he become warped from the sensitive four-year-old who adored his gran and the fairy tales she read to him? What turned him into a monster who stalks his victims? And what is he trying to say with the bouquets he sends?

When he meets Laura Weir, Adam weaves a fairy tale romance around them. A tale she has no idea she is part of. As he hatches his twisted plan for their fairy tale ending, can anyone stop him before he creates the ultimate sacrifice to love?

Seven years after the death of Edward Hyde, a stylish gentleman shows up in foggy London claiming to be Dr Henry Jekyll. Only Mr Utterson, Jekyll’s faithful lawyer and confidant, knows that he must be an impostor – because Jekyll was Hyde. But as the man goes about charming Jekyll’s friends and reclaiming his estate, and as the bodies of potential challengers start piling up, Utterson is left fearing for his life … and questioning his own sanity.

A woman is on trial for her life, accused of murder. Each of the 12 members of the jury has his or her own burden of guilt and prejudice which could effect the outcome. Hailed as one of the best mysteries of the year when it was first published in 1940, this book has become a classic of the genre.

Have you read any of these? Would you like to? Happy reading! xx