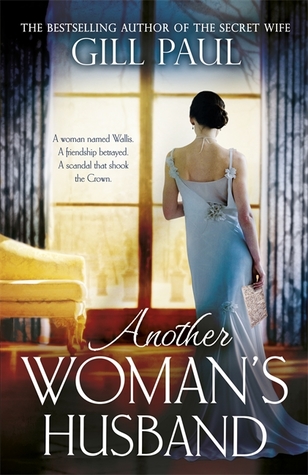 Two women, divided by time, bound by a secret…

1911. Aged just fifteen, Mary Kirk and Wallis Warfield meet at summer camp. Their friendship will survive heartbreaks, continents, and the demands of the English crown, until it is shattered by one unforgivable betrayal…

1997. Kendall’s romantic break in Paris with her fiance is interrupted when the taxi in front crashes suddenly. The news soon follows: Princess Diana is dead. Trying to forget what she has witnessed, Kendall returns home, where the discovery of a long-forgotten link to Wallis Simpson, the Duchess of Windsor, will lead her to the truth of a scandal which shook the world.

What if you could get away with murder?

Single mom Kristy Tucker works as press agent for the Texas Department of Corrections – handling everything on death row, from inmate interviews to chronicling the last moments during an execution. Her job exposes Kristy to the worst of humanity and it’s one that’s beginning to take its toll.

So when Kristy meets Lance Dobson, her son’s martial arts instructor, she believed she finally found her happy ending. She was wrong.

Kristy soon discovers that Lance is a monster. Forced to endure his verbal and physical abuse, Kristy is serving her own life sentence . . . unless she’s willing to take matters into her hands. Perfectly poised to exploit the criminal justice system she knows so well, Kristy sets out to get rid of Lance – permanently.

Two sisters. One secret… A lie that could destroy them both.

When her father dies, Josie is devastated to uncover he led a secret life: another house, another family and a half-sister called Valentina.

Both with red hair and icy blue eyes, Josie and Valentina could be mistaken for twins. But the similarities end there…