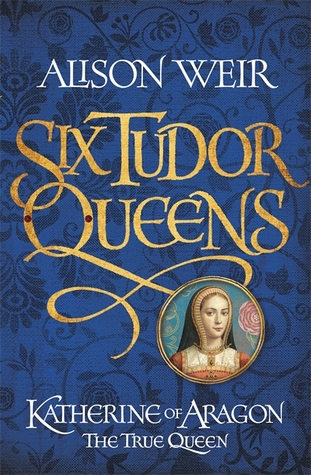 The lives of Henry VIII’s queens make for dramatic stories and Alison Weir will write a series of novels that offer insights into the real lives of the six wives based on extensive research and new theories.

In all the romancing, has anyone regarded the evidence that Anne Boleyn did not love Henry VIII? Or that Prince Arthur, Katherine of Aragon’s first husband, who is said to have loved her in fact cared so little for her that he willed his personal effects to his sister? Or that Henry VIII, an over-protected child and teenager, was prudish when it came to sex? That Jane Seymour, usually portrayed as Henry’s one true love, had the makings of a matriarch? There is much to reveal …

Alison will write about the wives in the context of their own age and of the court intrigues that surrounded these women and – without exception – wrecked their lives. She will transport readers into a lost and vivid world of splendour and brutality: a world in which love, or the game of it, dominates all.

Katherine of Aragon : The True Queen is the first book in a brand-new series about the Tudor Queens by Alison Weir. Now, I have an incredible fascination with that era that I can’t even begin to explain and this author, to me, is the queen of historical Tudor fiction. Suffice to say I could have danced on the table when the postman delivered this book.

This novel starts off with Katherine, or Catalina as she was then, on the ship that will take her from Spain to England to marry Prince Arthur, whom she’s never met. I can’t even begin to imagine being so young and having your parents ship you off to a foreign country for what is ultimately nothing more than politics. Barely five months into the marriage, Arthur dies and years later, Katherine will become the first of Henry VIII’s six wives. Throughout her life she will suffer multiple miscarriages, will fail to give the King an heir, and will ultimately lose his love and respect due to a conniving and manipulative woman. (That’s just my opinion. 😄) But through it all, she remains loyal to her vows, to her faith and to her husband.

This story is entirely written from Katherine’s point of view, which really adds an extra layer and had me completely captivated. As a reader, one who knows about Tudor history, you know what’s going on but Katherine doesn’t. Especially not in the latter years when she becomes increasingly isolated from court proceedings and finds herself dependent on letters that are secretly sent to her.

Katherine’s story has always struck a cord with me. This amazingly dignified, pious, strong and principled woman has captured my imagination for the longest time. To be able to read about her life through her own words, so to speak, almost broke my heart. You can’t help but feel for her and while it may be hard for us, as modern women, to even begin to imagine her life and her choices, these were very different times. For one who was raised to do her duty, who was raised to be the Queen of England, she really only ever did what she felt was right.

There are a lot of books out there about the Tudor era but this one really held my attention from start to finish. The author truly manages to transport you to a time long ago with brilliant descriptive writing and a fabulously rich atmosphere. What I liked as well is that some of these books will overlap. In this one, there’s obviously mention of Anne Boleyn, but also of Jane Seymour and Thomas Cromwell for instance.

Katherine of Aragon : The True Queen was published in May 2016.

6 comments for “Katherine of Aragon : The True Queen by Alison Weir @headlinepg”