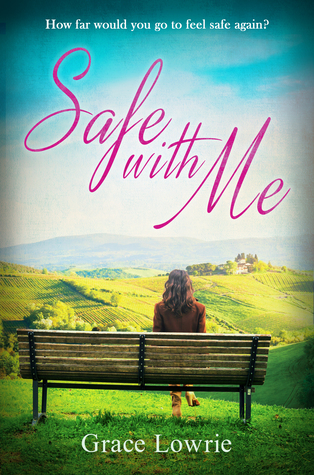 Abandoned as children, Kat and Jamie were inseparable growing up in foster care. But their bond couldn’t protect them forever.

From a troubled upbringing to working in a London greasy spoon, Kat’s life has never been easy. On the surface Jamie’s living the high-life, but appearances can be deceiving.

When they unexpectedly reunite, their feelings become too intense to ignore. But as secrets come back to haunt them, are they destined to be separated once more?

Kat and Jamie grew up together in foster care until Jamie was adopted and they were separated. Decades later, their lives couldn’t be more different. Kat went from foster care, to living on the streets, to being caught up in an abusive marriage. Jamie works in insurance and has a gorgeous actress girlfriend but cracks are starting to show in the relationship. Then Kat and Jamie meet again unexpectedly.

I thoroughly enjoyed the first half of the book, where I think its strength lies. Kat’s life especially had me engrossed. I really felt for her as it becomes increasingly clear she’s a prisoner in her marriage, working her fingers to the bone and never knowing what mood her husband will be in.

Chapters alternate between Kat and Jamie. I liked the concept where the reader knows what’s going on but the characters don’t. That being said though, I think the big plot reveal happened a bit too early in the book, even though it was really well done. But it did make me wonder how the rest of the story would unfold.

The second half of the book didn’t hold my attention as much but I’m admittedly not much of a romance reader. There is conflict and tension as the focus of the story shifts to the relationship between Kat and Jamie but the pace slowed down a bit too much for me.  I also felt a little disappointed in how quickly the husband situation was resolved.

That said Safe With Me is well written, very atmospheric and realistic. This isn’t a fast paced read with buckets of drama but it is full of emotion and romance so if that’s your thing, I’m sure you’ll enjoy it!

Many thanks to Karen at Accent Press for the advanced copy and for inviting me on the tour!

Having worked as a collage artist, sculptor, prop maker and garden designer, Grace has always been creative, but she is a romantic introvert at heart and writing was, and is, her first love.

Safe With Me, the first women’s fiction novel in The Wildham Series, is published by Accent Press, who also released her debut contemporary romance novel, Kindred Hearts, in 2015.

A lover of rock music, art nouveau design, blue cheese and grumpy ginger tomcats, Grace is also an avid reader of fiction – preferring coffee and a sinister undercurrent, over tea and chick lit. When not making prop costumes or hanging out with her favourite nephews, she continues to write stories from her Hertfordshire home.

← This Week in Books (June 21)
The Stateroom Tryst by P. Wesley Lundburg #guestreview →

5 comments for “Safe With Me by Grace Lowrie @AccentPress #blogtour”